How You Benefit From God's Unfairness

I was in my late teens as I stood before the judge that day. His words were very clear and spoken directly as he looked me in the eyes: “Young man, you were caught on the radar violating the school zone speed limit by 40 miles per hour! What do you have to say for yourself?” 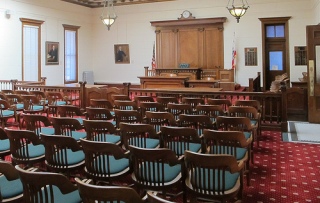 Photo by Ed Bierman Creative Commons
I stood there like a wet puppy wondering what to say—maybe I should have borrowed the money and paid the hefty fine. I could have avoided this humiliation before all these people. Then I replied, “your honor, I just didn’t notice that it was a school zone. I’m sorry, it was not a deliberate act on my part to violate the law.” The reply from the judge came quickly: “young man, are you trying to tell me that you did not see those brightly colored boards and flashing lights? That’s absurd.” After that, I was at a loss for words as I stammered and said “sir, I was in a hurry trying to get to work after my classes. Maybe my mind was not entirely on the road.” Then the judge sat there just shuffling papers and scribbling some notes. I stood there shuffling my feet and wondering what will happen next. Then again he caught my eyes and with a look of frustration he said “you can go now. Let’s see what can be done.”
As I stepped out of the courtroom, a policeman directed me down the hallway to a desk. The lady at the desk asked my name and told me the amount I was to pay. To my surprise it was less than half of the original fine! I walked out of that court feeling much lighter than when I walked in. That lady’s voice continued to ring in my ears. I still couldn’t believe it. I was clearly guilty, yet I walked out of there paying less than half of what I owed.
On my way back, I wondered what that judge must have been thinking. Maybe he was thinking “oh, here’s another teenager who thinks he owns the road when he gets behind the steering wheel.” Maybe he felt sorry for me? But I didn’t tell him about my financial situation. I didn’t tell him that I was working during the nights to pay my college expenses and barely making it. But the look on his face tells me that he must have know much more than I told him. I did not ask him to reduce the amount since I knew I was guilty. But he reduced it anyway.
I love the words of Job “…know then that God exacts of you less than your guilt deserves” (Job 11:6c ESV). I knew that I was guilty even though I didn’t recognize that school zone. I had no idea that the judge would reduce my fine so much. I simply thought I should try. Our God is much more merciful than we can imagine. When we come before God and admit our guilt, he forgives and restores us to a proper relationship with him.
Maybe you don’t have a relationship with God, or you don’t know what that means. I have a clear explanation for you at this link. For us, the difference is that the judge is our merciful savior. He made the provision for our pardon even before we ask him.
So, go ahead – go to the merciful Judge.   He’s not really fair regarding your sins, so he’ll forgive you.
Leave your comments here.
http://www.barnabas.in