Defending God or his Word is like defending a lion (A lion does not need to be defended, he’ll defend himself). For many years, the defense of the Bible has been a concern for me. I felt that it was vital to our faith and to the sustenance of the church at large. In every situation where I felt that God or the Bible was at “risk,” I would speak up in defense with the best of my knowledge and learning. 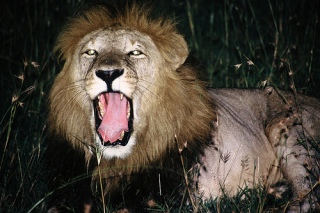 But within me, there was always a doubt. The doubt was not about the reliability of the Bible or God. The doubt was about the viability of a totally convincing argument for the scriptures (along with that, I take into consideration the multi-religious context I live in). I knew that words can be used to defend or attack anything from any angle. During my years of training and ministry, I’ve used words. And I think I can use them fairly well, but I’ve always recognized the limitations as well. They are powerful and like a double edged sword you can use them both ways.
I remember being on the debate team in high school. We took prominent issues of the day and randomly took sides. I could argue for or against anything. We worked hard to develop our arguments in defense of the side we took. It didn’t matter what side I was on, I could defend it and attack the opposite view as well.
In 2004 I began my doctoral studies at a university that many would call “secular” or “liberal.” the primary argument against such education is that the scripture is not appropriately defended. That is offensive to many people, since the Bible is the word of God. Yes, it is the word of God as well as literature. During my years of study, I researched the scripture as literature. But I did not loose my faith in God nor the Scripture. Instead, I believe I have a renewed sense of respect and admiration for the Bible as the word of God.
Now back to defending the lion. For about two thousand years, the Bible has stood the test of time. It has gone through every kind of scrutiny one can imagine. For centuries, there have been people who attempted to discredit or destroy this book. But I believe God has a special interest in preserving this book through the ages. As a result, we have these words in our hands and in our hearts.
So my challenge to you today is to “set the lion free.” Don’t be afraid if the scriptures are attacked. The “Lion” is safe; he can defend himself. The Bible is firm enough to stand on its own without our help or defense.
Have you experienced that fear of the Bible loosing its significance? How have you responded to that fear? You can share that in the comments here.
Photo by PhotoBobil – Creative Commons
http://www.barnabas.in