When Life Ends Before Mercy Ends

Tom* was a man who really wanted his life to be different. He had always wanted a peaceful life. As a hard working man, he believed in making an honest living. As a skilled, qualified diesel mechanic, he always found work wherever he went. His employers sought him out for his uncanny ability to trouble-shoot the most complicated issues at work. He was their “go to” man for their difficult tasks. 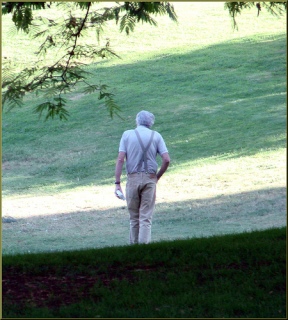 But somewhere, his life began to make all the wrong turns. Everything he hoped for in life turned sour. Then he had no where else to turn but to the bottle. When he finally showed up in church one day, I looked into his blood-shot eyes and somehow we connected. I had him sit next to me during worship, but he just couldn’t sit for long. Periodically he would go out for a smoke then come stand in the back of the church until I called him back to the seat next to me.
The alcohol, tobacco, and life itself had taken a toll on his body. Now estranged from his wife and children, he had a very lonely life. No one wanted to spend but a few minutes with him. That was enough for most people.
Sometimes he would come to our home and we would spend time together while he told me his story. He had tried all other avenues of help such as rehabilitation centers, counseling and other government programs, but no change. I strongly believed the only answer for Tom was Jesus. So during the hours we spent together I tried my best to turn his focus on to Jesus. But his brokenness was so severe that he just could not see through the thick fog.
I knew that I had to compassionately show mercy to him. There were so many others in the church with problems, but I put that extra effort and time on Tom because of the depth of his brokenness. The only way I know is to show mercy and compassion and to keep turning him to Jesus.
Prayer was a key factor in my attempt to minister to this person. I tried every prayer I knew from my last thirty years of ministry. Something had to work to break through this thick fog. It worked for many others, and it certainly should work for Tom. I had to turn him to Jesus.
Then one day I heard the sad news. Tom died. My heart sank. Even now, I simply don’t understand. I often ask why the Lord just wouldn’t break through all those barriers into his heart. I suppose his life just ended before mercy ended. In my mind I have put this experience in my “Mysteries” file. I’ll figure it out one day.
I know that God’s kingdom has come through not in its fullness yet. But I wish it was in its fullness. It would have surely broken through the fog and into Tom’s heart. Although I don’t understand, I continue to show mercy and expect the power of God’s kingdom. It continues to impact so many lives – but I always remember Tom.
Have you experienced loss in the midst of mercy?
Share it in the comments section of this blog.
*Name changed
Photo by inkknife_2000
http://www.barnabas.in

2 responses to “When Life Ends Before Mercy Ends”